Why you must obey the rules until you break them. 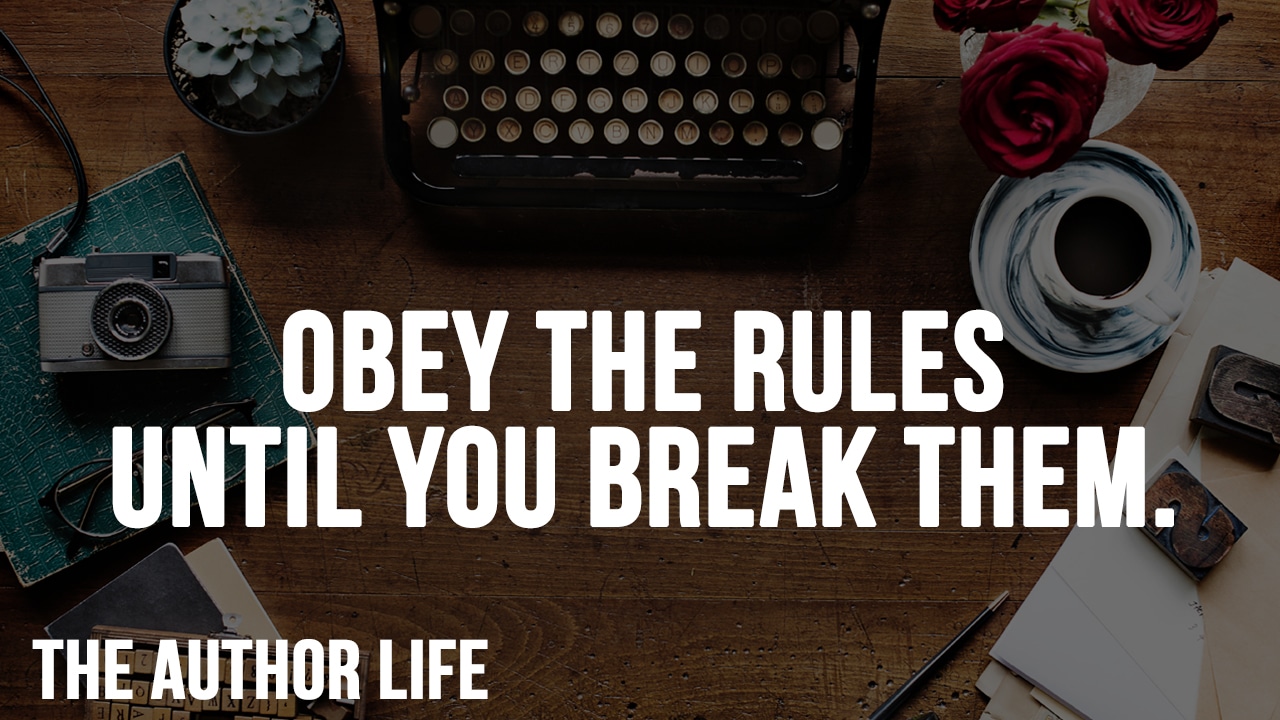 As a child of the 1980s and firmly in the demographic known as Generation X, I grew up understanding the rules for formal dress. My father and even my grandfather before him would always wear a tie to a festive, solemn, or important event. The social mores dictated this more specifically for men than for women, who could often wear something “formal” without the hard-and-fast rules for men. Quite often, this was the case for hair length as well. Men had short hair and women could wear their hair however they wanted. Today, to a lesser degree, that social expectation remains the same.

But when New Wave music first appeared on the scene, something changed for me. I hated the music, but I was inexplicably drawn to the ethos. Some of the pioneers of British New Wave wore their hair long, teased, and bleached. These men donned earrings and makeup, combining that with skinny ties. Ties. That symbol of tradition and authority from my childhood. Twenty years after the second British Invasion, Green Day used their ties to represent an antiestablishment battle cry on American Idiot.

The rules. They can be written or unwritten. Cultural, social, legal, religious. We know them, and we live by them even if we don’t agree with every single one. But breaking the rules is also important. Since the postwar era, the teenage years have been all about pushing the envelope and breaking the rules. Not so much as a selfish act of defiance but as a step toward becoming an adult and shunning the morals and values of the waning generation. But once you’re past those turbulent years, why do you need the rules?

Of course, we must protect ourselves. We need some semblance of order, safety, justice. The absence of rules is anarchy, and no matter how much we complain about the government, our leaders, or our taxes, we recognize that complete chaos always sits over the horizon, always a threat to the civilized existence we’ve enjoyed for the past few hundred years.

But what about the rules of creativity? What about the rules governing our workflow? These aren’t always laws (although they can be) and yet, we obey. Blind obedience can then sap innovation and creativity. “We’ve always done it this way,” becomes the heel that steps on the neck of creativity. As creators or creative forces, we know the rules so well that we function as a zombie within them, a complacency eating us from the inside out.

In the War of Art, Steven Pressfield identified this downward pressure on creative work, labeling it Resistance. It is the voice in our heads telling us to keep our heads down, play it safe, do what’s been asked, do your job, conform. It is Resistance that seeks to prevent you from taking a chance, trying something new without a safety net, without a guarantee it’ll work.

Again, that is not to say rules are worthless. I follow most of the rules of the Story Grid methodology developed by Shawn Coyne, a revision process to help authors create a story that works. But even within that framework, there are rules I obey until I break them.

It’s at this point in our day, month, year, career, or project that we understand that we’re standing on the threshold. The rules allow us to play it safe, to acquiesce, not make waves, please the people who need to be pleased. And yet, at the same time, those rules rob us of the motivation to do more, to experiment, to take a chance on something new and exciting. Our growth is naturally limited, a ceiling firmly in place that protects us from the storm but keeps us from soaring higher. In these moments, we understand the rules. We know why they’re in place and the purpose they serve. And yet, in these same moments, we can break them. We can risk the scorn of the elders and threaten those who hate change. We can risk our time, money, livelihood, and reputation to break the rules and try something different. We can decide to shatter that ceiling and risk getting wet for an opportunity at the sun shining behind the storm clouds.

More often than not, I take the chance. I have a family, responsibilities, a reputation. I’m not reckless, or careless, or insensitive. But I also know that my best stories, my most engaging novels, happen when I know the rules so well that I see a way to break them within the existing system. I catch a glimmer of light in the darkness, a guiding beam I can’t ignore and one that beckons to me. But I can only do this because I’ve followed the rules for so long. I’ve lived them, understand them, followed them. I know which of those rules I can break and which ones I must obey. I obey the rules until I break them.

As I become more experienced in this new age of publishing, I’ve pushed more into the extremes. I’ve started looking around at my peers and actively doing the opposite of what everyone else is doing because that is the only way to drop the signal-to-noise ratio, the only way to be noticed, whether or not the risk pays off. Our challenge as authors is no longer opportunity, it’s obscurity. If you want to spread your wings and stand out, you might need to be the one with the crazy hair in A Flock of Seagulls.

I stand on the shoulders of giants. Tim Ferriss has one of the most successful and most downloaded podcasts in the history of podcasting, and he breaks all the “rules” of podcasting. No slick production, no heavy editing, and long-form interviews that are 3-4 times longer than the recommended length in all best practices’ posts and guides. But Ferriss knows the rules of podcasting, and that’s why he’s been so successful when breaking almost all of them.

If you read enough genre fiction—post-apocalyptic and dystopian sci-fi in my case—you know which rules to honor and which ones to break. I’ve read hundreds of stories, probably watched thousands of hours of post-apoc and dystopian television shows and movies. I have a healthy respect for the conventions and expectations of the fans because I am a fan. Hardcore. But I’ve also studied those rules long enough to understand how I can break them and still honor the genre. Like Green Day, I now know how to bend expectations toward innovation that creates a different take on the standard. This is what artists and creatives call our unique voice, tone. Our style.

What are the rules you perceive to be unbreakable? How long have you studied those rules, followed them? Guidelines and structure are important until the moment they’re not. It isn’t until you’ve internalized and mastered the rules that you can consider breaking them. But once you decide to do so, do it with abandon. Go for it all. Don’t hold back. If you’ve made a mistake, the rules will be there to remind you, and you’ll be better informed about how to break them the next time. Because you will break them again. Promise me that you will.