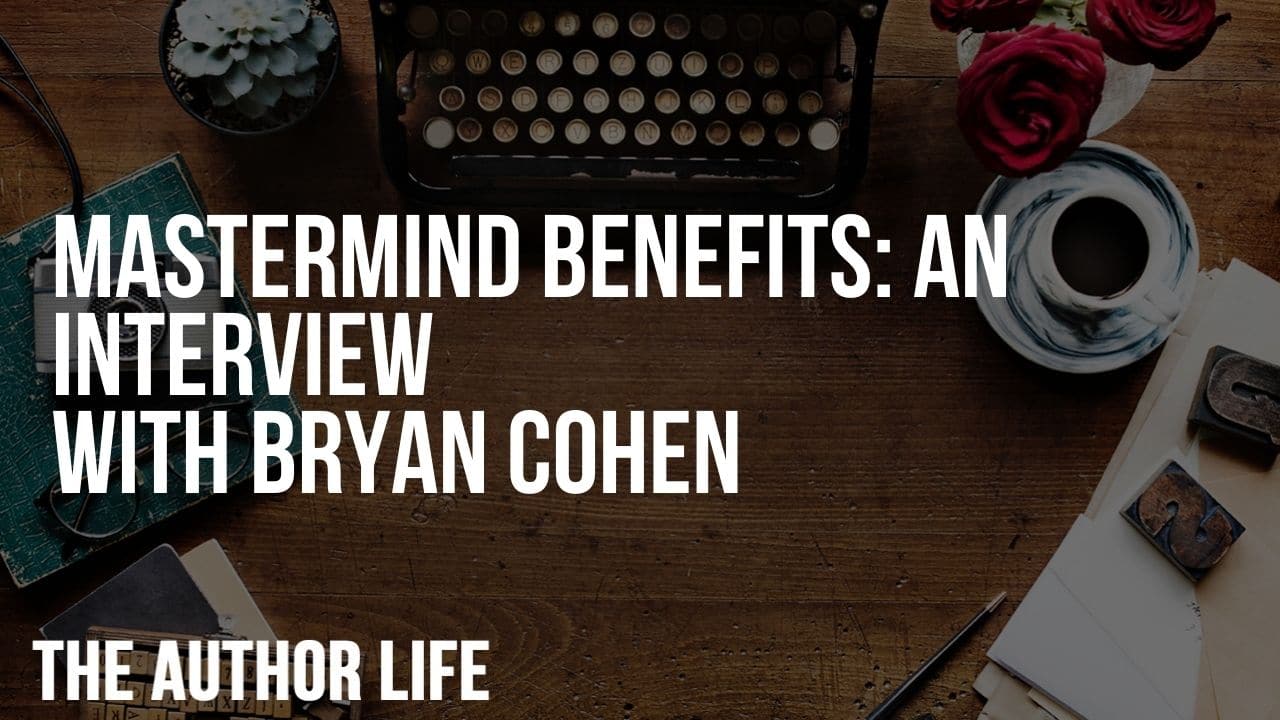 I asked one of my good friends, Bryan Cohen, to discuss his experience in a high-end mastermind group that literally changed his life.

J.: How did you know you needed help before you joined a mastermind?

Bryan: Well, I would say that sometimes when you set up projects that you are excited about, whether it be a book, whether it be putting out a course, or a service, or a product, and you get all those set up, and then you find like, wait, “I keep getting stuck on this.” So, I keep running into walls. And you don’t find the answers necessarily from a book or from a podcast, it doesn’t give you enough information.

And that’s kind of where I found myself with a few aspects of my publishing business. I started to look for things that I’ve been a part of before, like connecting with groups, or I started looking at higher-end versions of what I’d done before. And I knew they existed, but I had not ever really tried to go one level higher than I had, just to see if it would potentially take me up to that level with it.

J.: In that process, had you ever had one-on-one coaching? And if so, why or why not was that a consideration in dealing with those obstacles?

Bryan: Well, honestly, I think there’s not that much difference between one-on-one coaching and therapy. Because coaching is about having an impartial person help you to point out what you’re doing right and what you’re doing wrong. And often, they are this sounding board for the internal decisions that you want to make. Usually, it’s agreeing with the right ones and disagreeing with the wrong ones. It’s an intuition booster in both directions. And I hadn’t had a one-on-one coach before, but I had gone to therapy.

And once I got a coach, I found that the process was actually very similar to the therapy process in that you’re getting to talk it out. I think a good coach lets you talk out what you’re dealing with, and they help guide you to a decision you could’ve made on your own, but perhaps not. And I think that the right kind of coach can really help to point you in a direction that you could have come to in four months on your own, but instead in just one call or in-person meeting, you make that decision right off the bat.

J.: When you were in this process of recognizing that you were stuck or you had some obstacle that you couldn’t get past, you had a bunch of options in front of you. You had one-on-one coaching, you probably could have joined Facebook groups that were specific to the types of problems you were having, or you could have read books or purchased online courses, or maybe you could have listened to podcasts. So, how did you conclude that a mastermind group was the right solution for you?

Bryan: I think that when I saw that there was a mastermind group being proctored by an influencer that I subscribe to and that I found their books and podcasts and Facebook groups and all of those inspiring, I definitely was interested.

There was an application process, and I applied not necessarily knowing if I would get in. But knowing that if I were accepted to the mastermind, I would be very interested in participating because it was run by someone whose advice I would respect and whose advice I would take, especially because there was a price tag involved. Because it’s difficult to sign up for a free Facebook group, or listen to a free podcast, or buy a $2.99, $3.99 book, and then hold yourself accountable for doing the lessons that you learn from those low-price options.

But you and I both know that it’s a little easier to hold yourself accountable when there is skin in the game. When you’re not just paying $3.00, $4.00, but you’re paying more, and maybe you’re seeing that amount being extracted out of your account monthly. It reminds me of those new health websites that are coming out where you bet money that you will lose weight. And if you’re throwing in what can be a significant amount of money, you’re more likely to go to the gym, you’re more likely to eat healthier. And it’s the exact same thing when working on your publishing business. You have to pay money, you are psychologically training yourself to take the good advice that the group or the coach gives you.

J.: How is the dynamic different in a mastermind group versus a one-on-one coach or a therapy session, as you described it?

Bryan: The interesting thing about a mastermind is that the way a lot of them are set up, each person during the group call gets a little bit of time to share what they’re working on, gets a little bit of time to explain what’s going on, and maybe they get some advice from the person running it or the group as a whole. But that’s not where the learning process stops. It reminds me of basketball or soccer.

When you have the ball, that’s a certain skill set, being able to shoot or being able to pass. But when you don’t have the ball, the ability to move without the ball is very important. The ability to set yourself up when it’s not your turn. And I think a mastermind is a lot like that because you can, through the process of listening to what the other group members are explaining what they’re going through, the advice that they’re receiving and maybe even the advice that you’re getting them by giving your 2 cents, by actively listening to what they’re going through, you learn a lot more than if it was just your 10-minute segment, and then you signed off the call. And by absorbing what everybody else is going through, what everybody else is learning, you have an opportunity to grow in ways you might not have even considered.

J.: As someone who’s been part of mastermind and running masterminds, I would agree that 100% engagement is going to benefit you whether you are on the hot seat or not.

What do you think is the most important benefit you’ve personally gotten from being part of a mastermind?

Bryan: One that really sticks out to me is creating stronger relationships with the other participants in the mastermind. I think that when you make connections, even if someone doesn’t write in the same genre as you, there are benefits to that relationship that you might not see for a while.

But in one of the first masterminds I was in, I started a relationship with a friend who has ended up working with me for two years and has helped advise me on different projects. And that all just came from a mastermind when I was able to connect with people that I maybe normally wouldn’t have connected with, and then ended up having benefits that I didn’t anticipate. And that’s one of the great things about working closely with these other people that are looking for the same kind of help that you are.

J.: What are a couple of things about being in a mastermind group that has surprised you, something you didn’t expect when joining?

And I’ve been in smaller masterminds and masterminds with different people who are making six or seven figures, and the same kind of problems crop up. They’re packaged in a slightly different way, but the same kind of problems continue to rear their heads over and over again. And I think that when you see that you aren’t the only one when you know that you aren’t just suffering through this alone and no one would understand you, kind of like feeling like you’re a grown-up teenager when you see that you aren’t alone, I think that’s comforting. And I think that shows you that other people have been here and have somehow survived their predicament. So, it’s very likely that you will also survive this same predicament.

J.: Is there anything about the mastermind experience that we didn’t talk about, something you wanted to mention, or any parting words of advice for someone who’s considering joining one?

Bryan: I would say that the one thing that was really helpful for me was to go back and review the materials, the notes, the videos themselves to remember what it is you just learned because sometimes you miss things.

In the first mastermind I participated in, I had a suggestion from one of the other people in it that led to the creation of my Best Page Forward service. And that service has been worth hundreds of thousands of dollars. So, you could attribute hundreds of thousands of dollars of worth to the one idea that came from that one session. And sure, you could say, if you didn’t apply it, it wouldn’t have been worth anything. But I don’t like to attribute earnings to magic.

I will say that sometimes I can listen to a group mastermind video, or the session live, and sometimes I will find an idea in there that’s worth a quarter of a million dollars. And that means every video is worth looking over again. Every time I’m in a session, it’s worth paying attention to because if I don’t, there’s a chance I could miss a quarter of a million-dollar idea. I think that’s a really smart way to look at group sessions, a really smart way to make sure that you hold yourself accountable because you don’t want to miss the big shiny diamond in these sessions.

Want to take your writing chops and business savvy to the next level? Check out The Author Success Mastermind group at https://theauthorsuccessmastermind.com/join/