Let me tell you how we first met. 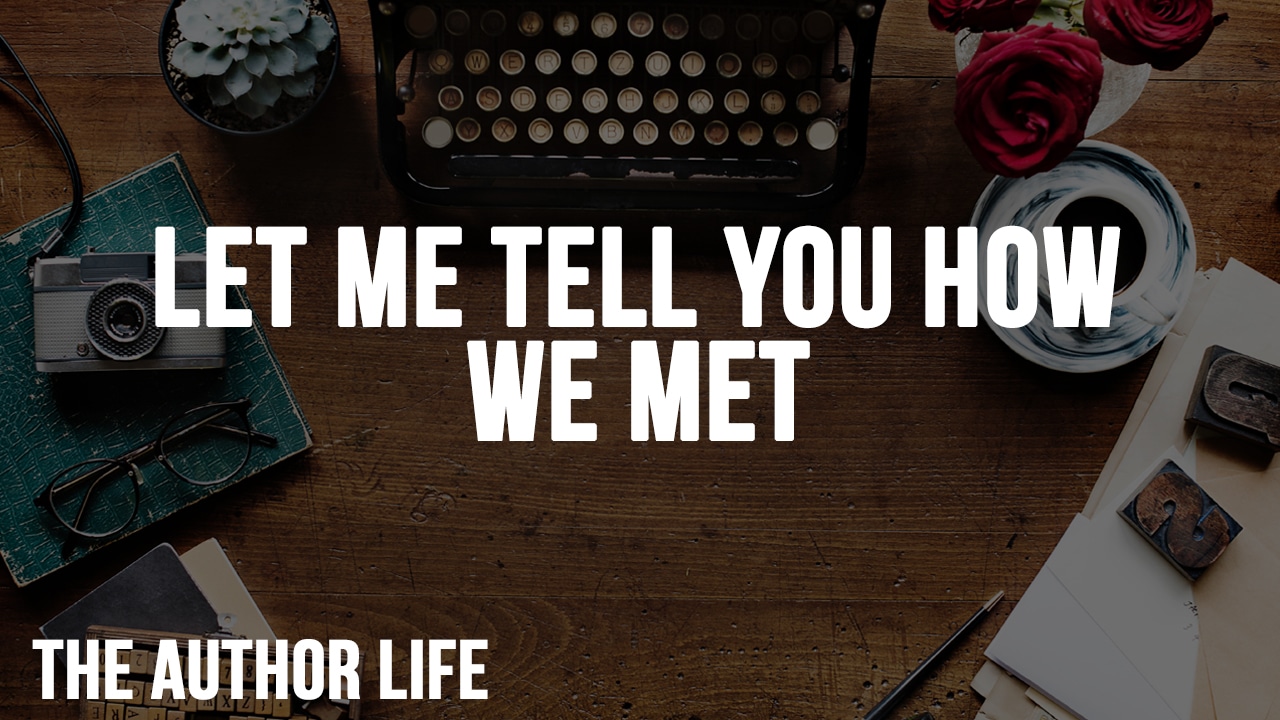 He’s going to be embarrassed by this post. But he’ll get over it.

I love Zach Bohannon like a brother. Outside of my immediate family, he’s on the short list of people I’d call if I needed a kidney. I’m not sure he has one to spare, but that wouldn’t stop me from asking for it.

On October 3rd of 2014, Zach signed up for my email list after listening to me on The Horror Writers Podcast. Yes, I found that message in my inbox. He’d reached out as a fan and told me how much he enjoyed my work, which was nice, but it was an immediate red flag because those early episodes of the podcast were terrible—the same level of quality as Soviet-era, state-run television.

A few months later, I offered to help Zach become a horror novelist, which, at the time, was what we had both wanted. Why he’d thought I could help him do that is beyond me. Zach responded by making the biggest mistake any burgeoning author could make—he asked me to read his unpublished manuscript.

If you’re an author, you know those early writings are, shall we say, unpolished? In other words, it takes thousands and thousands of words to develop your unique voice, and nobody comes out of the gate with that. Not even Stephen King.

Zach had unknowingly put me into a compromising position. I was going to be forced to give him feedback on what I knew would be a shitty draft (more on that later, the joke was on me). I had no doubt it would be awful. And it was.

However, as I told Zach in one of those emails from 2014, his writing wasn’t refined, but he was a storyteller at his core. The manuscript I read would eventually become book one in his Empty Bodies series, which was a smashing success. Over the past five years, Zach’s zombie series has outsold any and all of mine, so at least I can claim that I saw success in that pile of words, despite how badly he’d arranged them.

Early in my career, I’d received some vicious but honest feedback. I was fortunate to have Becky Dickson slay my Portal Arcane series—I re-wrote the entire thing while enduring her abuse as my new editor. I loved the fact that she wouldn’t let me do anything less than my best. It’s too bad she doesn’t edit anymore, or I’d still be asking for her to kick my ass.

Telling Zach anything less than the truth would not have been helpful or kind to him. It would have saved me from an uncomfortable situation, but it wouldn’t have helped him grow as a writer.

This is exactly what I said to him after my first read of his manuscript: “You have great potential. Your writer’s voice is unrefined (like everyone’s is at the beginning), but you’re a storyteller at the core.”

I told the truth without crushing his spirit. At least, that’s what I think he’d say if you could go back in time and ask him. His beard would be shorter if you did that, by the way. You might not recognize him unless he was wearing his favorite Mortal Kombat t-shirt.

I didn’t realize it at the time, but Zach had become my first client. It was with him where I began to build my methodology as teacher and mentor. By the time Zach had first emailed me, I’d been teaching for 20 years, reading and grading hundreds of thousands of words. But red-inking a kid’s history paper is not the same as telling an aspiring author that they have months or years of hard work ahead to become a master of the craft. It’s not easy, and client work is not for everyone.

These days, I still take my “tough love” approach with clients. Rachael, my good friend and co-host of The Writer’s Well podcast, has labeled me as such, and I think she’s right. I like to think that my no-bullshit attitude is the flip side of the INTJ characteristics that can create awkward social situations for me. With my writers, I tend to be rational, logical, and realistically supportive. Not every client responds to that, and not every mentor can deliver that experience. Mine do. I can.

Zach went on to revise book 1 of Empty Bodies several times. He then published five more books in the series, technically six if you count his quasi spin-off. In the spring of 2017, Zach quit his day job and was able to support his family mostly from the royalties from that series.

It’s been almost two years since we launched Molten Universe Media together and not only are we still friends, but we’re still co-writing and in the early stages of publishing other authors through our company.

Maybe I wouldn’t really ask Zach for a kidney. But I’m sure he’d help me out if I needed a beard transplant.