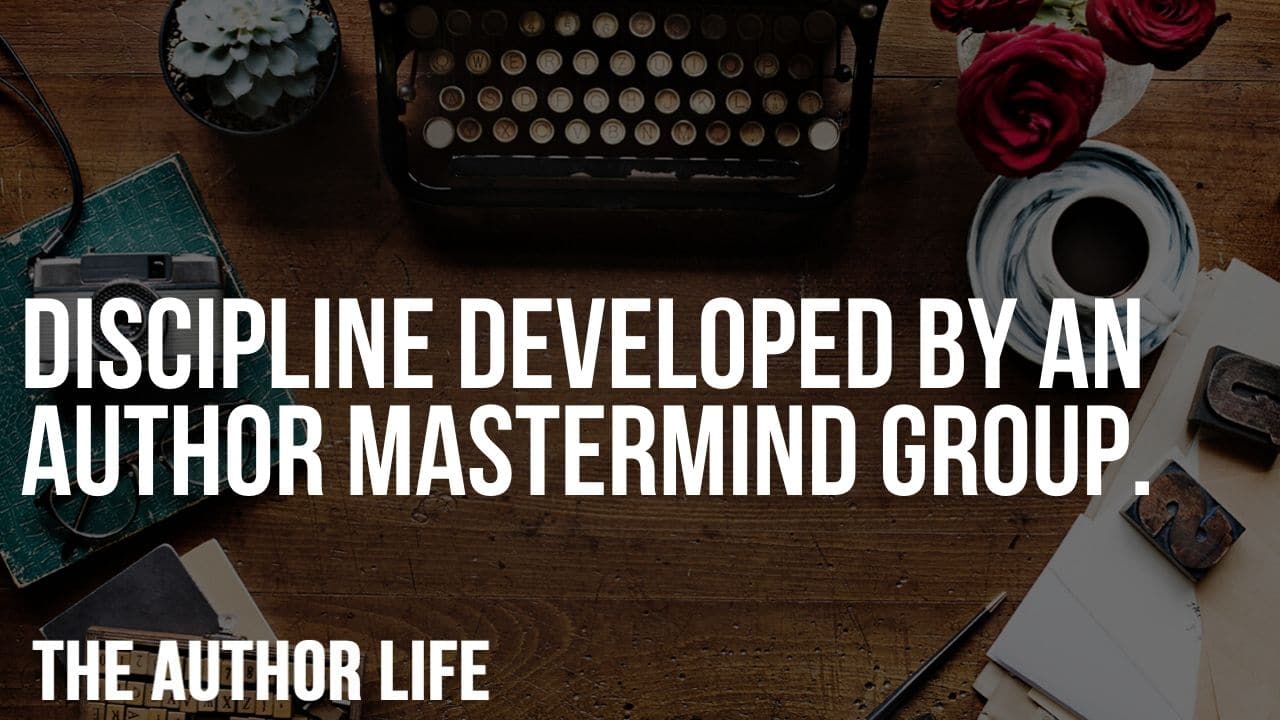 Discipline is the ability to do what you know needs to be done, even when you don’t feel like doing it. It requires developing habits that you don’t have to think about, actions that are done as part of a system.

It can be difficult for writers without an innate sense of discipline to develop one without any guidance. Parkinson’s Law dictates that a task will expand to fill the amount of time allocated to finishing it. That means, if you are not disciplined, and you have six hours to complete a simple Facebook post, the post will likely take you six hours to finish it. Because you know the act will only take you a few minutes, you get distracted by other things and procrastinate. Going for a walk or watching television can be internally rationalized, knowing that you have four or five more hours to get that one thing done.

This is how the untrained brain can function. Without discipline, we allow ourselves to get distracted and to drift off course, even when we know what we should be doing.

Discipline is what allows a writer to thrive over the long term. Writing as few as 200 words a day for one year can create a 73,000-word first draft, which is the equivalent of a short novel. 200 words a day is only a few paragraphs.

But that is not typically how most writers operate. Without discipline, it is easy to go days, weeks, or months without writing. And when that happens, your average daily word count must be increased to compensate for the days on which you are not writing. Over time, this creates a self-defeating habit, one where writers can even give up completely.

However, discipline is a skill, like many others, that can be learned. The formation of habits creates discipline. The key to creating discipline is to make sure that your conscious mind does not have to make decisions. If you create a system and follow it, you will manifest discipline.

Because a mastermind group meets regularly, it is creating discipline within the writer that might not otherwise be attainable. When a mastermind participant knows that they are expected to show up with either a scene or a problem to share with the group—and they need to do that from one session to the next, a habit is being developed. The more ingrained the habit becomes, the easier it is to keep doing it, which is true for both good and bad habits.

Even the simple act of showing up for the mastermind meeting can be challenging. We all have busy lives, which include responsibilities such as pets, spouses, significant others, and children. We have bills to pay and things to manage.

Sometimes, writing gets pushed to the side. Sometimes, it is not seen as a high priority, and when you miss a writing session, it begins to erode your discipline.

Your fellow mastermind participants can help you build discipline. You know they must show up for every meeting, and therefore, so must you.

But discipline isn’t only built by attending meetings. In the mastermind groups that I run, we interact in a private Slack channel, and in that channel, we help each other create new habits and strong discipline. Whether it’s a prompt or a short conversation, the interaction bridges the gap between meetings and reminds all of the participants that discipline is something that needs to be worked on and practiced every single day, not just from one meeting to another.

And when you eventually leave a mastermind group, the skill of discipline stays with you. I have talked to authors who have left my mastermind group, and they tell me they have continued improving the habits they had developed while inside the mastermind group. They understand the power of consistency and the ability to leverage systems to get things done.

Whether you are in a mastermind group for six months or six years, you will have the tools to sharpen your discipline and stay focused—for the rest of your life.

As a person who leads mastermind groups, I find that it sharpens my discipline as well. There are days when I don’t feel like leading the group, and if I were not accountable to the other people in it, and had not developed a strong discipline, it would be easy to cancel or reschedule the meeting. But the more I show up, the easier it gets, which is how to develop discipline.

Some people use technology to create discipline, and I think that can work to a certain degree. Streak apps and keeping track of your productivity can definitely be helpful, but it is not the same as forging discipline in a mastermind group. The bonds you create with the other people will motivate you and push you because you will not want to disappoint the others. An app, no matter how effective, still relies on self-discipline unless the app maker is going to personally hold you accountable for using it.

If you are relatively new to the writing profession and have not yet had a reason to develop a disciplined approach to the craft, a mastermind group can help you do that much faster than you could on your own. The regular meetings will help to develop those skills faster than if you were trying to build them on your own. Positive reinforcement from the other people in the group, and from the group leader, can go a long way toward cementing those positive habits.

If you want to shave months or years off of your efforts to become a career author, a mastermind group can be a healthy shortcut.

In the third and final installment of this three-part series, we’ll go deeper in exploring how a mastermind group can help build lifelong, positive habits through the use of systems.

Interested in joining a mastermind group for authors? If so, go to https://theauthorlife.com/mastermind and hear what my current and former mastermind attendees had to say about their experience in the group. Applications now being accepted for the January 2020 session; the application deadline is November 24, 2019.