So many choices, so little time.

Back in the good ole days we depended on the gatekeepers for our entertainment. The guardians took the form of record companies, book publishers, and cable television companies that force fed us everything, whether we liked it or not. The corporate whores spread their legs for sponsors, gave birth to product placement, and effectively silenced any art outside of the mainstream. Then came the internet.

Those little ones and zeros traveled down the wire through a bitching 56.6k modem and we could now bypass the gatekeepers. In fact, we did it easily. Many walls came down, starting with the Berlin Wall followed by the ones put up by the multinationals after decades of gouging the consumer (such as paying $18.95 for a CD with the band earning .10 on it). Suddenly, everyone had unfiltered access to as much stolen, err, free entertainment as they could handle. Al Gore’s internet changed everything. Then came Amazon.

A new model seeks to solve this dilemma of too much choice. Some call it a “curated list”. The idea is simple and uses opt-in recommendations. Websites and services, usually free to the consumer, ask for your preference when it comes to entertainment and then provides recommendations based on those. Major retailing sites like Amazon do this with their recommendation lists, but those are based strictly on sales across all products, not just entertainment. For those that enjoy reading, BookBlast.co is a free service that allows you to sign up for books of interest according to genre, and then you receive a daily email with suggestions. 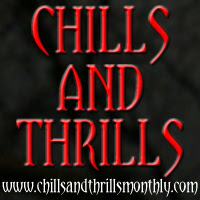 And if you’re a fan of horror and thrillers, head on over to chillsandthrillsmonthly.com which is a new site I’m curating. I’ve gathered a few friends and fellow authors whose work I love, and asked them to showcase a new book or two each month. The idea is that if you enjoy Scott Nicholson, or Russell Blake, or Daniel Pyle, or TW Brown, you’ll also enjoy J. Thorn. We know because we’re writing these books, and we’re hoping personal recommendations from the authors themselves will help you make better decisions about what entertainment to consume with limited time in which to do it.