“Slow suicide’s no way to go.” From a Mad Season to Disinformation to a Dark Relic of Painful Expression – 18 Years Beyond Above. 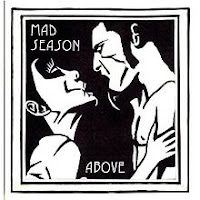 “Wake up young man, it’s time to wake up. Your love affair has got to go.” Those haunting lines drifted upon the low, clean bass tone on Mad Season’s only full recording, 1995’s Above. The record came after the bubble burst on the Seattle scene and long after that region’s first “supergroup” collaboration known as Temple of the Dog. Cynics dismissed Mad Season based on the immense success of Pearl Jam (Mike McCready) and Alice in Chains (Layne Staley) although the project was born out of a stint in rehab and a desire to pull Layne from the clutches of his own abysmal addictions. Ultimately, both Layne Staley and John Baker Saunders did not escape heroin’s pull leaving only Mike McCready and Barrett Martin as the two surviving members. Talk of changing the name of Mad Season to Disinformation and adding Mark Lanegan (from the Screaming Trees and a guest vocalist on several cuts on Above) never materialized. 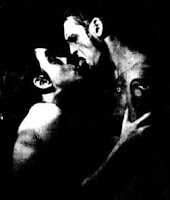 The pain embedded in those ten tracks cannot be obscured by the moderate chart success of “River of Deceit” which found its way on to the Billboard charts in the mid-90s. Above is a stark, festering wound with Staley’s black and white illustrations in the liner notes and on the cover. The visual representations are a far cry from the glamorous portrayal of the heroin chic culture popularized at the time by the “Kate Moss look”. The lyrics are minimal, bare, and there is no attempt to mask the fallout of the constant cycle of addiction. Layne makes no excuses for his downward spiral, confessing in “River of Deceit” that his “pain is self chosen” or in “Long Gone Day” when he admits that “these sins are mine and I’ve done wrong.”

Legacy Recordings released a deluxe box set earlier this year with a live recording and video which seems absurd for a band that made one record and lasted only five years, but so goes the industry that has been cashing in on the corpse of Jimi Hendrix for decades. I’m fine with putting on the headphones, starting with “Wake Up”, ending with “All Alone”, and leaving this sorrowful recording in the grave until I’m in the mood for it again.

4 thoughts on ““Slow suicide’s no way to go.” From a Mad Season to Disinformation to a Dark Relic of Painful Expression – 18 Years Beyond Above.”