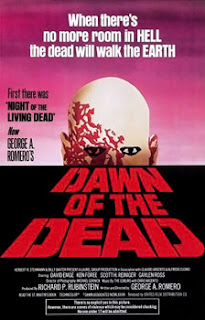 Beginning in 1971 (with my birth) and until I moved to New Jersey in 1994, I lived in an eastern suburb of Pittsburgh known as Monroeville, Pennsylvania.  An endless array of fugly strip malls and fast food grease buckets straddle a commercial highway like any typical suburb.  But my hometown differs from all the rest of America’s sprawl in one significant way:  Zombies.

George Romero attended Carnegie Mellon University in Pittsburgh and chose western Pennsylvania as the setting for most of his movie making for decades thereafter.  Many credit him as the grandfather of the zombie flick, beginning with “Night of the Living Dead” filmed in Evans City near Butler, PA.  In 1978, Romero’s next installment, “Dawn of the Dead” was shot on location inside Monroeville Mall.  My parents would not let me watch the film at seven years old even though “Dawn of the Dead” was one of the most critically acclaimed films that year.  They were always so unreasonable.  I vaguely remember the mall shutting down during the holiday season that year so Romero and his crew could film through the night before the real zombies, er shoppers, would show up the next morning. 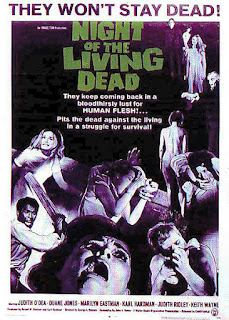 Monroeville Mall is one of the few commercial establishments in the country to carry such cultural significance.  There is an unofficial zombie museum in the mall’s arcade complete with t-shirts and souvenirs.  Zombie walkers and tourists alike continue to roam the promenade with a camera in hand, especially while on the central escalator in the middle of the mall.  Kevin Smith shot much of 2008’s, “Zack and Miri Make a Porno” in Monroeville and the amateur hockey team in the film is the “Monroeville Zombies”, a respectful and quirky nod to Romero’s cinematic relevance.  Seth Rogen has no connection to Monroeville.  Or zombies.  He is, however, Canadian.

I spent countless nights as a teenager in the 1980’s stumbling through Monroeville Mall (like the undead but with worse acne) towards the Cup-A-Go-Go or a pack of big-haired Madonna wannabees.  When it comes to zombies or brain delicacies, I know what I’m talking about.  I was raised in a town where the most influential zombie film maker of all time made a masterpiece.  That gives me zombie heritage.  I have a certain pedigree, as they like to say. You can decide what its worth.