I live in Cleveland and as you can imagine, Axl Rose has been the talk of the town this past weekend.  His snub of the Rock and Roll Hall of Fame Induction Ceremony has again made us look like the whiny little bitch of the Rust Belt.  LeBron dumped us, the Browns suck, and now this.

Please let me remind you that the Sex Pistols, Neil Young, Peter Gabriel, Diana Ross, Paul McCartney, Van Morrison, Jerry Garcia, Rod Stewart, David Bowie, Roger Waters, and several others also snubbed the induction ceremony.  I realize that some of these musicians had more “legitimate” reasons than Axl to decline the invitation, but that doesn’t really matter. 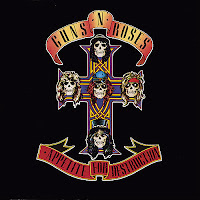 The Rock and Roll Hall of Fame and MUSEUM is awesome.  The MUSEUM sits on the shores of Lake Erie enshrouded within a majestic glass pyramid and contains the most kick-ass rock artifacts in the world.  The MUSEUM houses innumerable guitars, stage outfits, photographs, and personal items that will raise the hair on the back of your neck.  I have spent countless hours in the galleries and discover something new every time I go back.  The MUSEUM brings huge tourist money to Cleveland and is a source of pride in a city that has to work hard to find it. 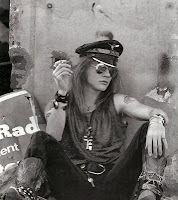 Axl doesn’t owe you shit.  He gave us all Appetite for Destruction, one of the most killer recordings of all time.  That timeless, authentic recording sounds as brilliant today as it did 25 years ago which is coincidentally the last (and only) significant recording Guns N Roses released.  But I digress.  Axl has always been a stubborn, eccentric, and opinionated person.  It’s why we love hating him.  Cleveland:  Quit taking it as a personal insult that Axl Rose thinks The Rock and Roll Hall of Fame is a joke.  It is.  He’s right and you know it.

Next up:  Eddie Vedder.

1 thought on “Appetite for Induction”