Album Review – Down IV, Part I by Down 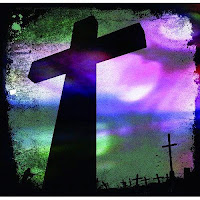 I don’t always do album reviews, but when I do, I go Down. While they might not be “the most interesting band in the world”, Down carries the doom metal torch for the current generation of headbangers and stoners.

Down can’t win with their first of three EPs to be released in the upcoming months. Officially titled, Down IV, Part I, Anselmo has already acknowledged that fans will refer to it as the “Purple EP”. But once you move beyond the aesthetics and get to the music you’ll understand why the band is stuck. When AC/DC releases new music, it sounds like AC/DC. They don’t depart from the formula. You know what you get and folks criticize them for writing the same songs over and over again. When U2 releases new music, it usually varies greatly from another era in the band’s history and sometimes it is a dramatic departure from the previous record. You don’t know what you’re getting and folks criticize them for NOT writing the same songs over and over again.

I’d like to officially welcome Down to that club. The record opens with the chuggy march of “Levitation” which sounds nothing like the title. At the two-minute mark, Phil barks a patented “One, two, three, go!” which propels the song forward into a discordant syncopation of walled distortion. “Witchtripper” queues up next, opening with a swinging riff. The chorus will clearly be the sing-a-long favorite of the live show. “Open Coffins” and “The Curse” accentuate downtuned, open chord riffs with Phil’s vocals pushing the tempo onward. A hint of …And Justice for All can be heard at the 2:00 minute mark of “This Work is Timeless” featuring Phil’s garbled speakgrowl pulsing across the stereo field. Another signature Down riff opens the final track, “Misfortune Teller” which fades out and then comes back at the 8:30 minute mark to set the table for the next EP. 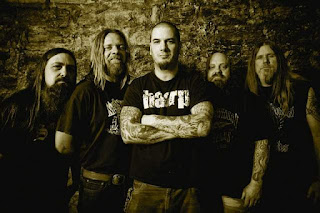 NOLA was released by Down in 1995 after years of existing as a tape in the underground music trade. Phil Anselmo and Pepper Keenan have led the band that has now been consumed by the machine of the music industry. On Down IV, Part I they introduce a new bass player (the break with Rex Brown still lingering) and don’t seem to take full advantage of the dual-guitar approach that provided the riffy gems of songs like “Stone the Crow” and “Bury Me in Smoke”.